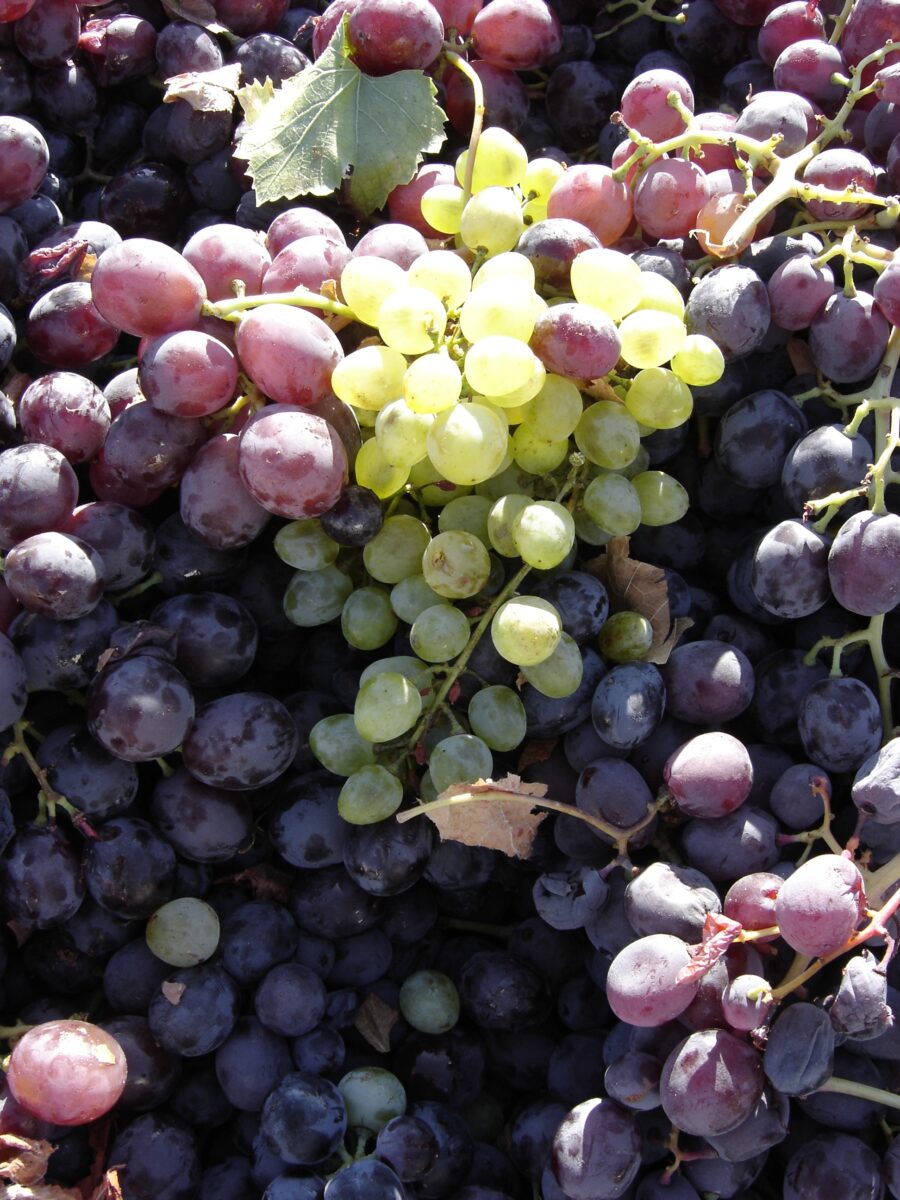 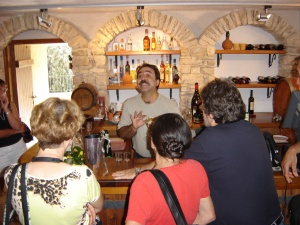 I swirl the amber nectar around in my mouth and let it slide down my gullet. A bit on the sweet side, with a slight taste of raisin. Actually quite pleasant. Especially when served ice cold on a sweltering afternoon. Which describes almost every day on Cyprus, the Mediterranean island where I’m sipping the wine.

A blend of red and white, Commandaria wine is considered the world’s oldest continuous appellation. It was originally bottled on the island during the crusades by the Knights Templar. As a result, the name derives from the fiefdom (“commandaria”) around Kolossi Castle where the grapes were grown. 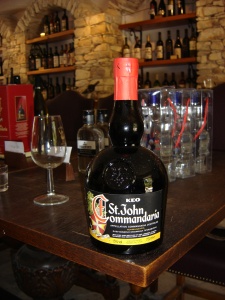 The Templar may have been super-secretive about the real-life Holy Grail (and the fictional Da Vinci Code). But when it came to selling their own brand of wine, the medieval mercenaries figured the more, the merrier. As in merrier drinkers and more profits flowing back into their coffers.

Word of mouth made it the drink of choice among their fellow crusaders as well as European royals and aristocrats. They quaffed copious amounts of Commandaria at the wedding of Richard the Lion Hearted and Berengaria. King Philippe Augustus of France dubbed it the “Apostle of Wines.”

“It was basically the same wine they’d been making in Cyprus for thousands of years,” says Pambos Papadopoulos, curator of the Cyprus Wine Museum in Eremi. “The Knights just decided to give it a name and export it.”

There’s even scientific proof. Italian researchers tested the residue at the bottom 5,500-year-old amphora at the museum. They discovered a high level of tartaric acid, indicating they must have held wine.

Fifty Plus Wineries on Cyprus

Commandaria may be the most famous of Cypriot wines, but as I discover during my stay on the island, it’s far from being the only one. 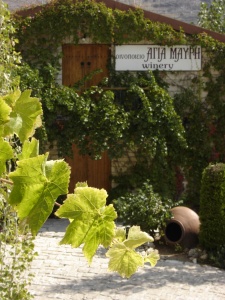 More than 50 wineries produce a wide variety of reds and whites, almost all of them on the southern slopes of the Troodos Mountains. Many eagerly welcome visitors. However, the experience is a world away from swank Napa Valley cellars.

Orthodox monks, it seems, make the island’s best wine. Monasteries known as much for their grapes as their golden icons. And that’s where I head first, navigating a winding highway high into the Troodos. I’m the sole visitor at Panagia Chrysorroyiatissa, founded by a hermit in 1152 AD on a ridge nearly 3,000 feet above the sea.

A black-bearded monk in the dusty old monastery shop points me in the direction of sagging wooden shelves heaped with bottles of red, white and rose. Without much fanfare, he recommends a dry red wine called Ayios Elias, made from black grapes grown on the hillsides above the monastery. 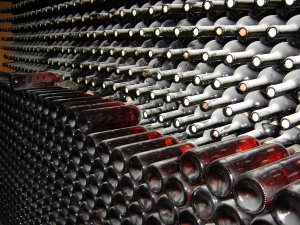 The following day I discover the modern side of Cypriot wine at KEO Ktima Mallia winery, where mechanization replaces ancient ways and means.

“One of these,” says winery manager Savvas Constantinou, slapping the side of a huge blue harvesting machine, “can pick as many grapes in one hour as 15 women and their donkeys working eight hours.”

Savvos snatches a bunch of dark-blue Mavro grapes (used to make Commandaria) straight from the vine. He pops one in his mouth, passes the rest to me. They are deliciously sweet. 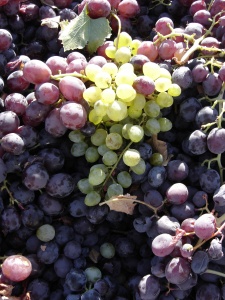 Sipping the Commandaria back home, swirling it around in a glass and savoring the unusual flavor, it feels like I’m preserving an ancient tradition. And unlike Prof Langdon in those Da Vinci movies, I didn’t have to solve murders or follow cryptic clues.

Plan your visit for fall (Sept-Oct) when the bulk of Cypriot grape harvest takes place.