Born and raised in southern California, Joe Yogerst has worked as a writer, editor and photographer on four continents including stints in South Africa, London, Hong Kong and Singapore.

“Land of Nine Dragons” – his account of a modern-day journey through Vietnam – was named America’s Best Travel Book in the Lowell Thomas Awards competition (an accolade Paul Theroux had captured the previous year). “The Long Road South” about his four-month journey along the Pan American Highway between Texas and Argentina was named one of America’s top two travel books by the Society of American Travel Writers. His latest National Geographic book – “50 States, 5,000 Ideas” – soared to No. 1 at Amazon Travel Books. https://www.amazon.com/author/joeyogerst 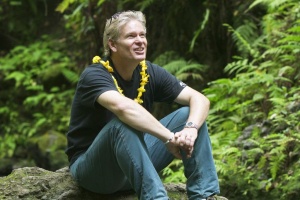 His work as a magazine editor includes three years at Age Communications in London overseeing travel-related magazines distributed in Europe, Africa and the Middle East, and three years as managing editor of Emphasis Publishing in Hong Kong in charge of six Cathay Pacific publications and International Herald Tribune special sections. He was also the English language editor of the Air China and Air Macau inflight magazines.

Yogerst has also worked extensively in Hollywood. As a staff writer at MTM and Steven J. Cannell productions, he developed television movies and wrote episodes of TV shows like “Two” and the long-running “Silk Stalkings” murder-mystery series. He has an ongoing relationship with Craig Anderson Production in Hollywood and Creative Street Entertainment in Indianapolis, developing action adventures and sci-fi series and reality shows for network and cable TV.

Whether you want to discuss a potential project or just comment on some of my work, I’ll be happy to hear from you!