Questions and Answers with Joe Yogerst 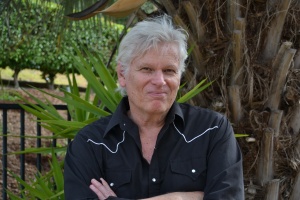 What was your inspiration for NEMESIS? What appealed to you about this story?

Believe it or not, my inspiration happened during a trip to Borneo. I got sick fron1eating something I probably shouldn’t have, and spent several days recovering in a ren1ote jungle lodge at the base of Mt Kinabalu. The guy I was traveling with gave me a book to read while he clin1bed the mountain – Black Dahlia by Jan1es Ellroy. I couldn’t put it down, had the book finished by the time my friend was back down the mountain. And I ren1ember telling n1y friend that I wanted to write a book like that – a n1urder mystery that reflected the politics, culture and history of a particular city in ways rarely seen before.
The plot went through several iterations before NEMESIS en1erged – a version set in Hong Kong, anoth­
er in the San Francisco Bay Area and finally one set in San Diego. Which is really the truest, because like Ellroy I wound up setting the story in the place where I was raised and knew best in the world. Somewhere along this
road, I read The Alienist by Caleb Carr. Fell head over heals for that book, too. I actually got to interview Carr for a magazine story I was writing on the world’s n1ost significant battles (he’s an avid military historian). And that book was highly influential in having me set NEMESIS in 1880s San Diego rather than contemporary tin1es.

What is your writing process? How long did it take you to write NEMESIS?

Whether I’m writing journalism or fiction, my writing process is pretty much the same. I only write Mon­ day to Friday, reserving weekends for family and friends – unless, of course, I have a pressing deadline. During weekdays I’m generally at n1y desk – and banging away at the keyboard by 8:30 or 9 o’clock. I take a very short break for lunch and then write again until around two or three in the afternoon. The rest of the day is set aside for exercise, short naps, correspondence, or researching what I have to write the following day.
I’d have to boot-up a bunch of bygone computers to tell you when the writing on NEMESIS actually start­ ed. Because I was doing it part-tin1e – fitting in bouts of fiction around n1y full-tin1e freelance journalism work
it took a number of years. Let’s just leave it at that!

What should readers know about you?

It’s important to know that I was born and raised in San Diego – in a seaside suburb called Pacific Beach.
I’ve lived here for two-thirds of my life. But because my n1other was from Arizona, I grew up in a household filled with country music, cowboy shows on TV, and classic Western movies.
I’ve had fictional stories swirling around inside my head since I was a kid. I used to listen to records in my boyhood bedroom and make up whole n1ovies to go with the songs – kind of like what ABBA did with their songs decades later.
I got sidetracked into journalism, rather than fiction or creative writing, =in high school prin1arily because my school had a great student newspaper, El Cid, and a great faculty moderator, Danny Wilson, who inspired us to write at a time when it was very cool to be a journalist (Watergate era). I didn’t really think about writing fiction until n1uch later in life – but I never stopped making up plots, characters and stories in my head. And there are still hundreds of them swirling around in there.

One day I made the fateful decision to quit my job, sell my car, take all of my money out of the bank and buy a one-way airplane ticket to somewhere that I could be a foreign correspondent. That place happened to be South Africa during the latter years of apartheid. I wound up exploring much of Africa – my <‘year of living dan­ gerously” – and wound up in London. Where friends Io made in Africa helped me land a newspaper reporting job, which evolved into a travel magazine editing stint in England and eventually a gig as n1anaging editor of an American-Australian publishing house in Hong Kong. After that came a stint as a freelance writer in Singapore
13 years overseas in total before moving back to San Diego.